In most production environments it is expected that the IBM Application Gateway (IAG) service will be replicated for load balancing and high availability purposes, and there will also be multiple instances of IAG protecting different applications. When a user is switched from one IAG instance to another it is important to make this a seamless experience for the user, without requiring them to provide their authentication information again.

The IAG can be configured to use a Redis service to share session information between multiple IAG instances, reducing the need for subsequent authentication operations when switching from one IAG instance to another.

It is an independent and external service which can act as a centralized session repository for an IAG environment. Services in the environment can use the Redis server to provide failover for user sessions.

High availability in Redis is achieved through master-slave replication.

A master Redis server can have multiple Redis servers as slaves, preferably deployed on different nodes across multiple data centres. When the master is unavailable, one of the slaves can be promoted to become the new master and continue to serve data with little or no interruption.

Given the simplicity of Redis, there are many standard high-availability tools available that can monitor and manage a master-slave replica configuration. However, the most common HA solution that comes bundled with Redis is Redis Sentinels. Redis Sentinels run as a set of separate processes that in combination monitor Redis master-slave sets and provide automatic failover and reconfiguration.

The IAG remote Redis session cache has the concept of 'collections' of replicated Redis servers to help with client-side partitioning of sessions.

Selection of the 'collection' which is to be used for a new session is based on the Host header found in the request – or a 'default' collection if no specific collection has been configured for the Host. This provides a sharding mechanism by which you can limit cross data centre traffic in a multi data centre environment.

This concept is further illustrated in the following diagram: 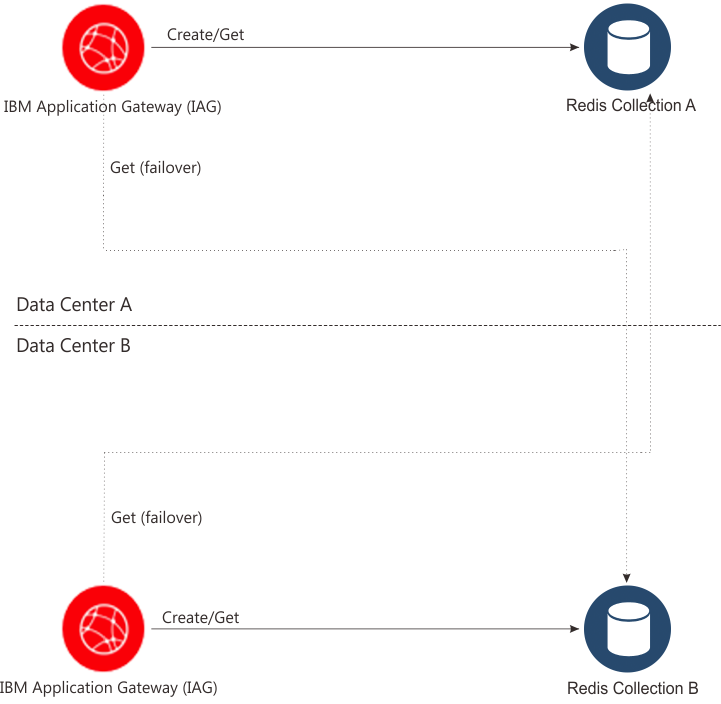 To help isolate the IAG session data from any other data which might be stored in the Redis server each of the keys will be prefixed with a fixed string, as specified by the 'key_prefix' YAML entry within the Redis YAML object.

The following keys will be created by IAG:

The following figure is an example of the Redis keys which are created for a single user session:

In a Redis session cache environment, the client browser sends requests to the IAG service, which then interacts with the Redis server for session management.

The following diagram shows the basic process flow for session management in an environment where IAG is configured to use a remote Redis session cache: 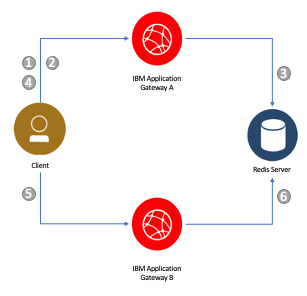 When operating in a multi-domain environment, you must use a different mechanism to communicate the session identifier to the IAG servers in the different DNS domains.

The index into the remote Redis session cache is stored and transmitted in a domain cookie. Clients do not present this cookie to servers that reside outside of the source DNS domain.

The 'master_authn_server_url' YAML entry, within the cross_domain_support YAML object, can be used to define a master authentication server which is responsible for establishing sessions and communicating the session identifier to other servers.

The flow which is used to establish a new session is illustrated in the following diagram: 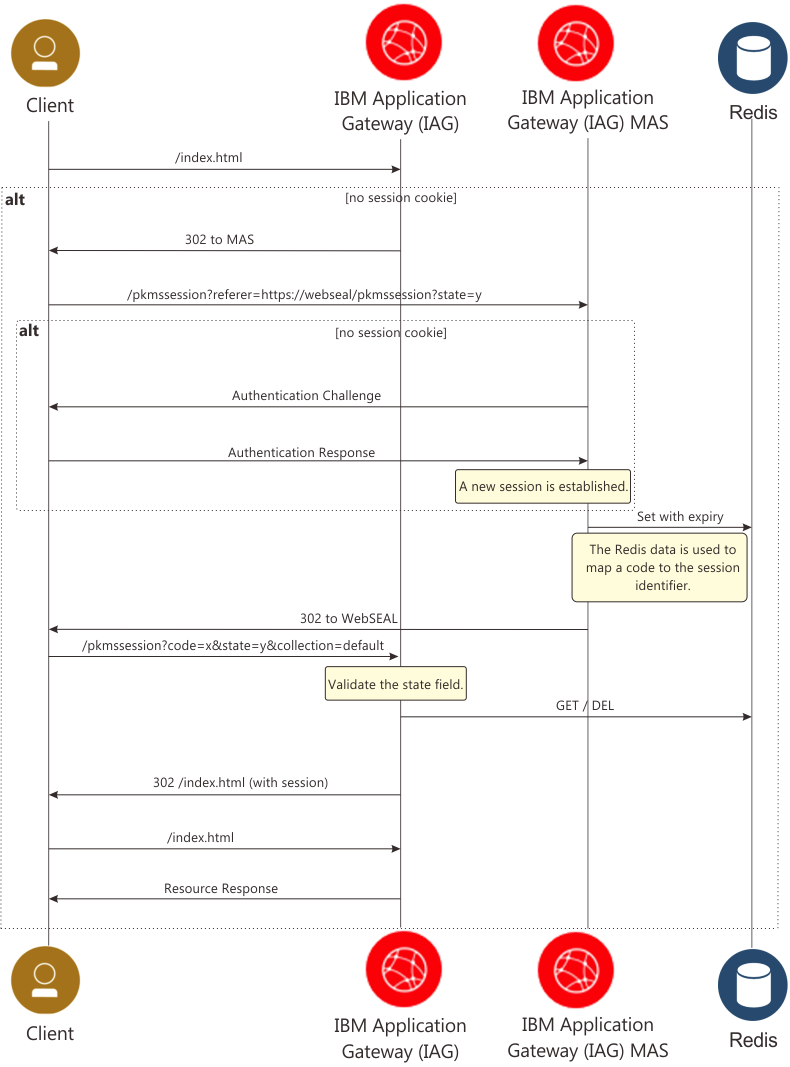 The Redis session cache solution has many advantages over the JWE failover cookies solution for maintaining session state, as outlined in the following table.

There are a number of restrictions which apply when you are running an IAG environment that utilizes a remote Redis session cache.

The Redis session cache is enabled, and configured, using the redis YAML object. At a high level: 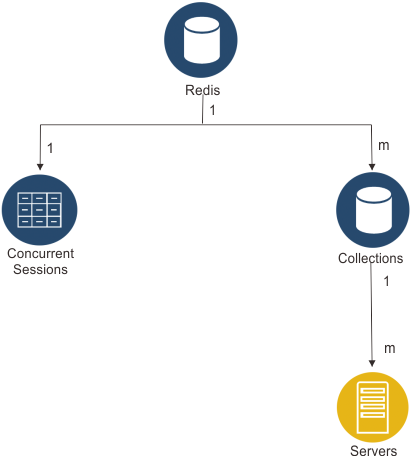 An example configuration is provided in the YAML reference: session